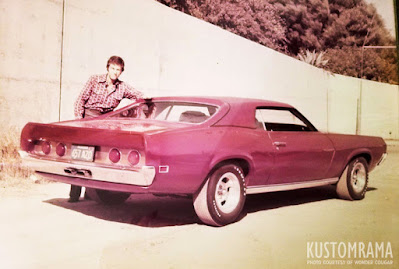 He tried to return the vehicle, but is deterred by the outrageous $1,500.00 restocking fee. So what does he decide to do? Make history and Kustomize it. At first Ron enlists quotes from other well known auto kustomizers in the era like George Barris, but it is the creator of “Candy Apple Paint” Joe Bailon who takes the challenge.

Ron Samuels had told us, that to chop the top of this Mercury Cougar – Joe Bailon had him sit on an orange crate inside the vehicle to support the weight of the roof while Joe set the chop. Now that is hands on kustomizing!
According to when the vehicle was purchased by Ron which was March 23, 1970 and when he decided to kustomize it which was two weeks later. October 6, 1970 is about the estimated rebirth date of this totally awesome car.

Movie Producer Ron Samuels had this to say about his dear friend, the “Candy King” Joe Bailon – “Even when he was 90, he would always use the word Bitchin’ to describe what we did. – I miss him.” 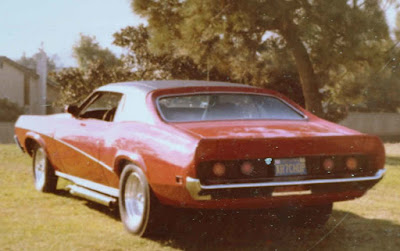